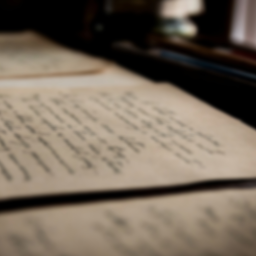 Home » Uncategorized » Where Have I Been?

It’s been so long since I last posted on this website and made updates. I’ve been receiving questions about the iOS port, the sequel, The Letter, and more. For the past several months, time management has been really tough for me, making me dedicate little to no time to game development and Seen. From school works and tight deadlines to international competitions, I was very busy. Because I focused on such things, I was able to survive school and our team won a gold medal on World Invention Creativity Contest 2017 in Seoul, South Korea. No wonder why I have been virtually gone these days. Now that these big priorities are taken care of and out of the way, I can now finally focus my attention again to Polychroma Games. I’m going to discuss and explain about everything everyone’s been asking.

Yes, there is! Seen 1.0.9.3. I’ve published it yesterday. With the help of the Discord community, I gathered suggestions from them for a quick update to compensate for my long inactivity. What’s new in the update, you ask?

That’s all. I know, that’s not a lot, but the next update is currently under development. Seen 1.0.10 will feature a Story World overhaul and, finally, the ability to add photos and sounds. Check out the detailed changes on this update at the Discord server. Tentative release window: September 2017.

It already exists. It just doesn’t feel as complete and as flawless yet as I want it to be. The iOS port I had made and paid for didn’t quite reach my expectations. Still a bit buggy. I decided to continue the project myself instead of having freelancers do the work for me. Development will continue after I work on Seen 1.0.10 for Android. Upon release, it will only feature the main story, annie96 is typing…, and the shop tab. Implementing Story World would have to undergo tough decisive planning due to the fact that Apple is strict with user-generated content, but I will do my best to hopefully have it implemented so that the community grows. Tentative release window: Q4 2017.

I am aware that I have a ton of unread messages sent via email or Facebook. Back then, I had all the time in the world that I can reply to every message by myself. Then when Seen blew up, I had to hire a PR to keep up. Unfortunately, I and the PR I hired were both busy at the time and couldn’t stay in touch when necessary. Right now, I am looking for a close friend of mine who is up for the job. Hopefully, recent messages will be answered and replied to soon enough.

Up to this day, demand for some languages are still high, especially Portuguese and Spanish. And yeah, I know that some players complain about the inaccurate translation of the existing translations right now. Due to the fact that Seen 1.0.10 and iOS port are my top priorities at the moment, I will have someone do the management for me and hopefully get these new translations out for you guys. Free translation offers are still welcome in exchange for in-game credit. I would like to thank everyone who’s willing to do translation for the game. You’re all a big help to making the community larger. For those who have reached out to me about their translation offer, don’t worry, a response will arrive once I find a translation manager as I said.

I worked on one a year ago, but it’s like 20% finished. Still unsure about what I’m going to do about it. Though, demand for a PC port of Story Maker seems higher because, yeah, I can imagine the efficiency and the time saved when authors work on their stories in front of a monitor. But yeah, still not sure about this one.

And finally, the prequel you’ve all been asking and waiting for. It’s way beyond December 2016, where in the world is it? Okay. Hold your horses. I figured out that Seen is not enough for making The Letter as grand as I want it to be, due to the limitations that Story Maker lock me in. I’ve got a lot of ideas and new gameplay concepts in mind. Too much that the framework and architecture of Seen and Story Maker wouldn’t be able to handle it. So I decided that The Letter is going to be a fully fledged game of its own. As always, the preview of the first chapter of this prequel is available on Story World. I can’t wait to begin working on this brand new project. Tentative release date: TBA 2018.

Some may know that, according to an article where I was interviewed, a sequel is already in planning for the future. Don’t get too excited. It’s just very shallow planning. But yes, it is connected to the whole lore of Seen. That means, as I write for The Letter, it’s like I am writing for the sequel as well. Thus, shallow planning as I like to call it. I’ve no tentative release date. Might be near. Might take years. I will have to break out from this chat story genre after The Letter to explore the depths of game development on a new perspective. But I know I have to return someday and make it happen in my lifetime.

Well, that’s all. I hope I didn’t miss anything. Before I forget, Seen turned 1 year old on June 11, 2017! I am really, really thankful that the community is still alive and the numbers are still where they are when I left. I highly appreciate the undying support despite of my temporary, unexplained absence. I couldn’t completely express my appreciation and joy through words. It’s just good to be back in the game. Thank you very much, Polychroma Games fam!